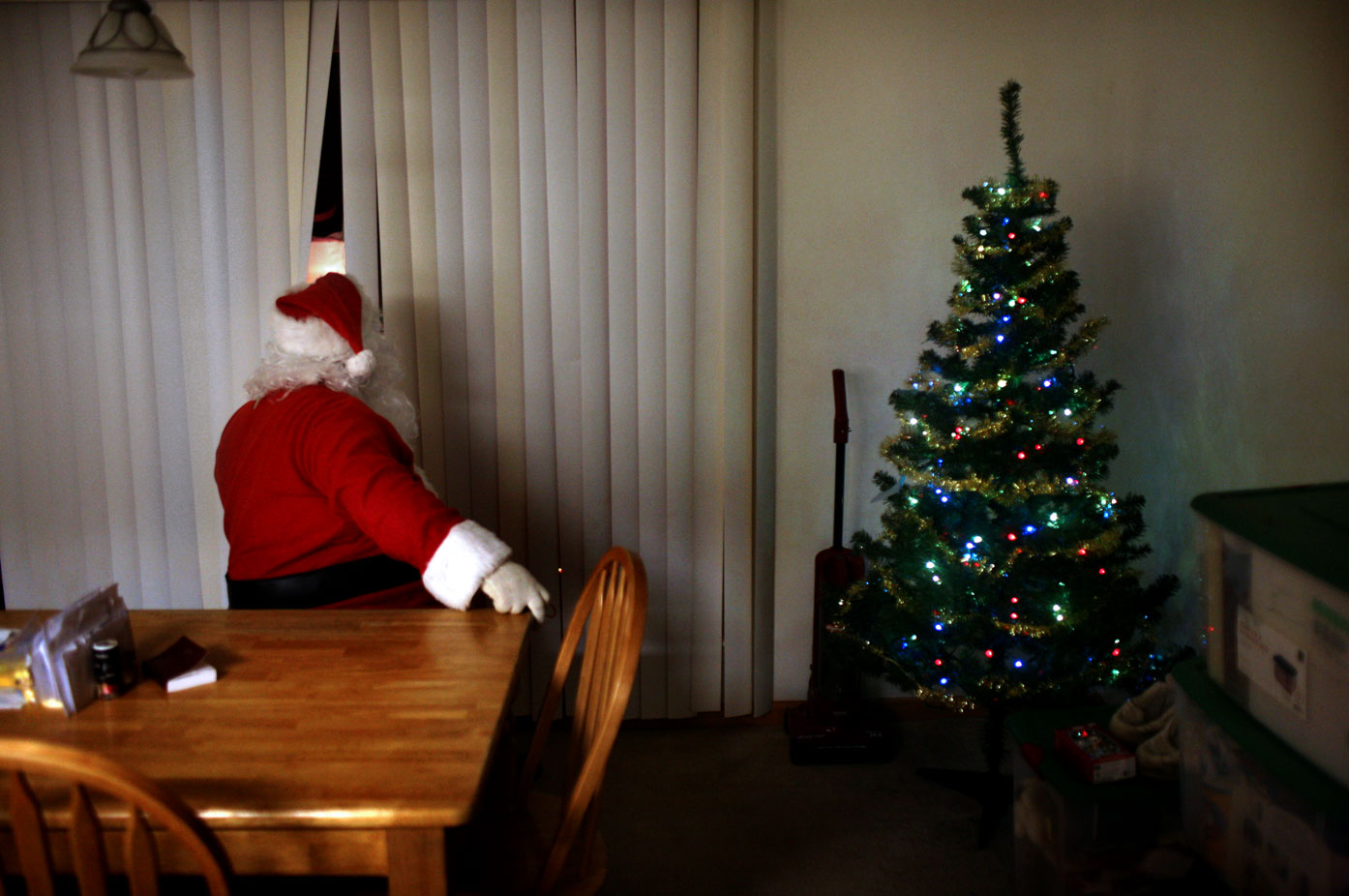 Joe Tursi waits. His hands clasp, except for his thumbs, which part back and forth like wiper blades. It's a little after 7pm, and no one has come. Yet. It's been a tough few months for Tursi, a handyman whose work has dropped in the economic downturn. “Mentally I'm keeping faith and hoping things will get better,” said the Virginia Beach resident.

“People have been helping us, and now I'm trying to give back,” remarked Tursi, who decided to dress as Santa. For just two dollars children can get their picture taken with him at his home along Mill Oak Drive. Tursi's pledged to give profits from his venture to St. Mark's Catholic Church. It's his way of giving back. Later, small children gather outside and stare in awe as he apprears. “They have faith in Santa,” said Tursi. “They believe in him.”

His wife echoes those sentiments and draws a comparison to their belief in Jesus Christ, said Tabatha Tursi. “You know he's going to come one day, like Jesus. We prepare for Santa to come just like we prepare for Jesus.”