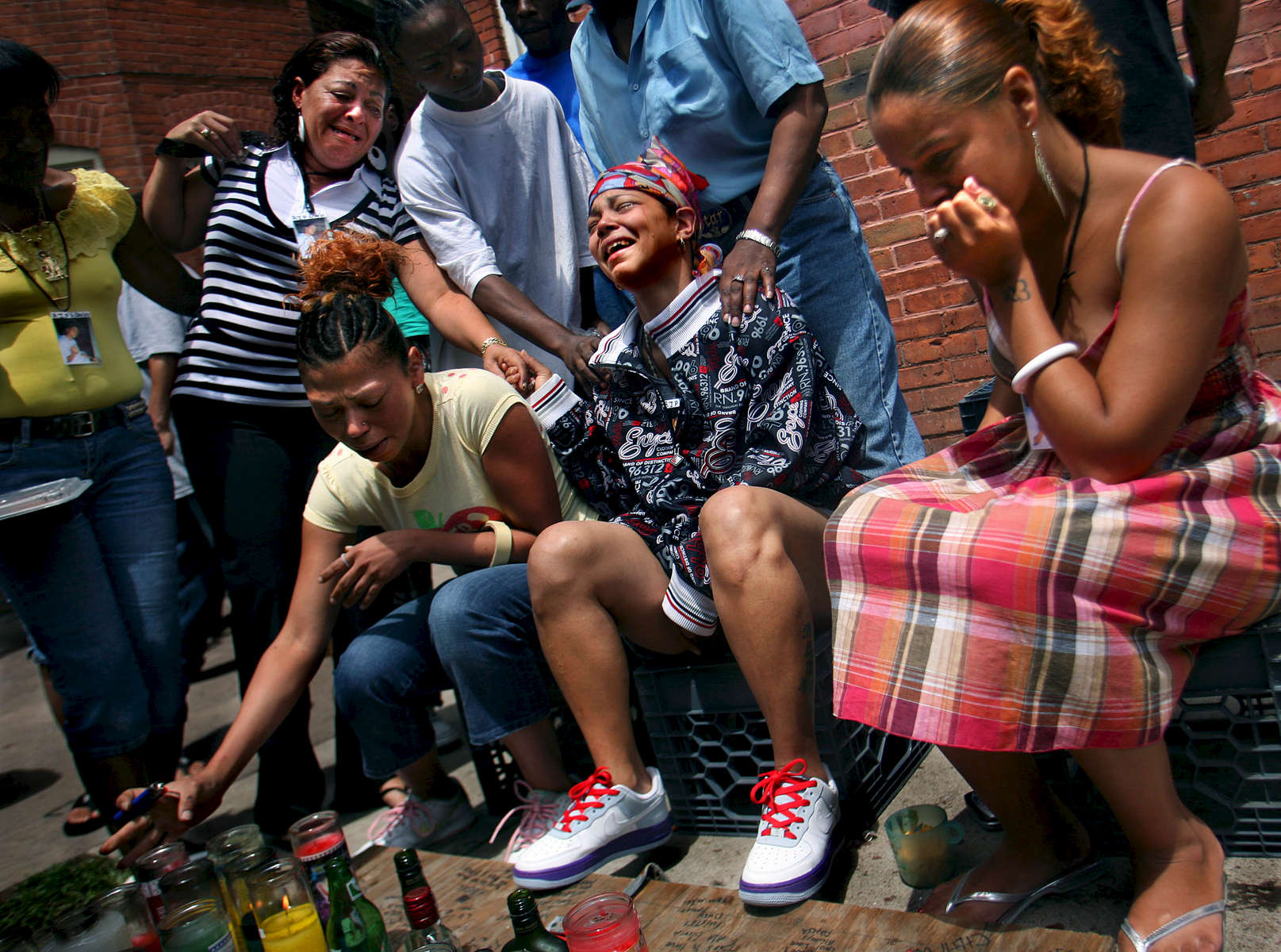 Family and friends of Carlos Alvarado, 22, console his girlfriend, Erica Moure, 23, (center) at a vigil for Alvarado on Sunday. Family and friends of Alvarado say that Hartford police pushed him out of a third-story window, but Hartford police says he fell out of the window while trying to avoid capture. A left in the photograph is Alvarado's mother, Gloria Rodriguez (in the black and white stripe shirt), Erica Nieves (in the yellow at left sitting beside Moure) and at right sitting is Ivelisse Alvarado who is the sister of Carlos.