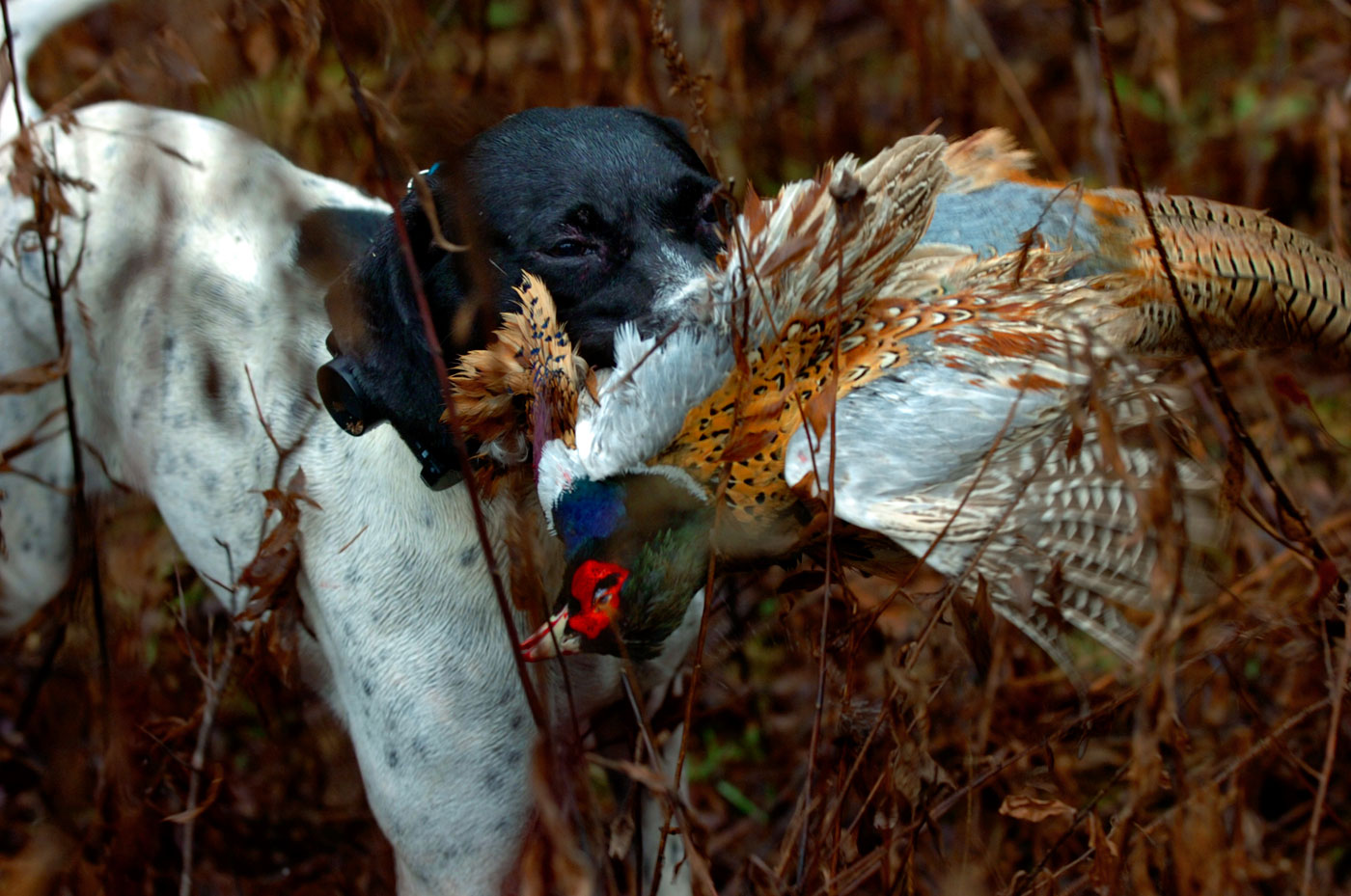 Dottie, an English Pointer, carries a pheasant back after it was shot. Dottie is owned by Bob Wahl of Suffield, who has hunted for more than 40 years. Wahl was out hunting with a few friends of his. "Dottie is one of the best dogs I've owned - they say you own one great dog in your lifetime, and I think Dottie is going to be it (for him)." Wahl spends roughly 15 hours a week, 40 weeks of the year, training the dog to point birds such as pheasants and woodcocks. It is in many ways, an art form for Wahl.