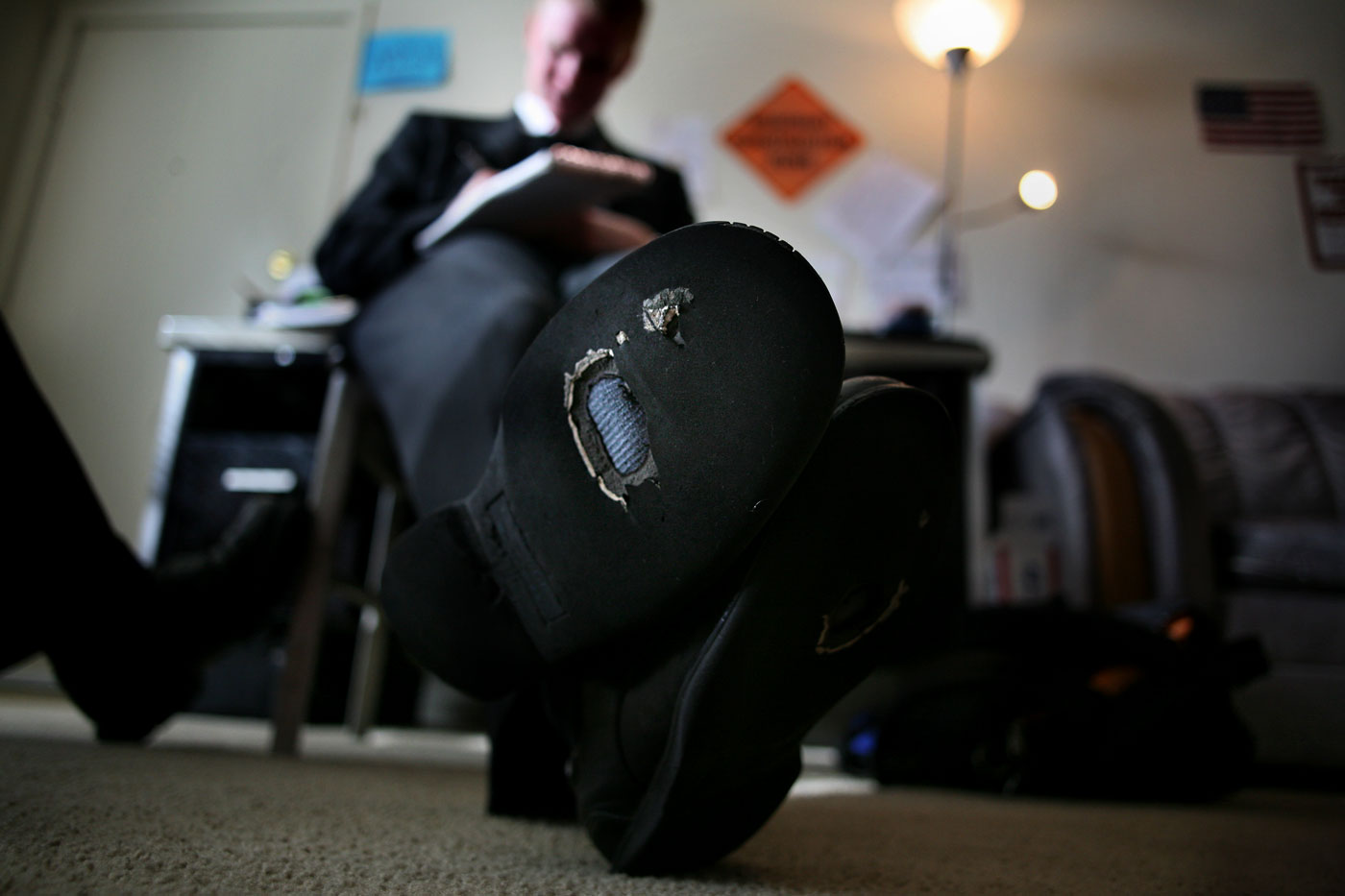 The holes tell a story - a story of almost two years of travels. And while Riley Petersen can afford another pair of shoes, he choses not to. The Mormon missionary is almost at the end of his two-year stint.

"They're a symbol of the past two years," said Petersen, who smiles as he recounts the thousands of miles he has walked, biked and driven in an effort to spread the Mormon mission.