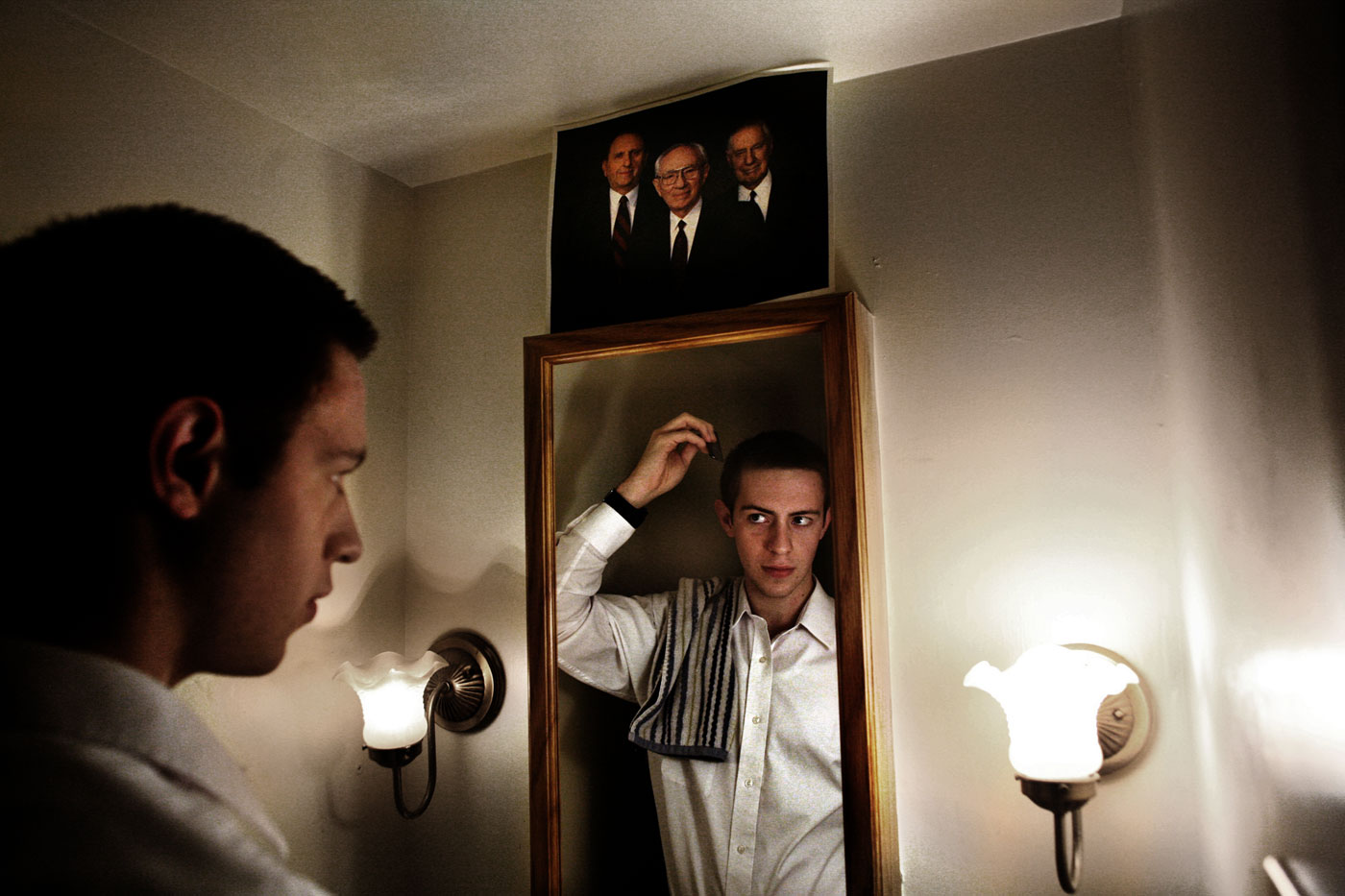 Randall, 20, drapes a towel over his shoulder and picks up a comb. He tends to his tightly cropped hair and eyes the finishing touches before leaving the bathroom and heading out the door.

Above him hangs a picture.

“When I look at the picture, I feel empowered,” said Randall.

Randall's a missionary with the Church of Jesus Christ of Latter-Day Saints, also known as a Mormon Missionary.

The men are key figures in the Church of Jesus Christ of Latter Day Saints, including the current and past president. “These are men that we look up to,” said Randall. “When I look at them, I can tell they're called of God.”

Randall looks to the picture, especially in times of difficulty.