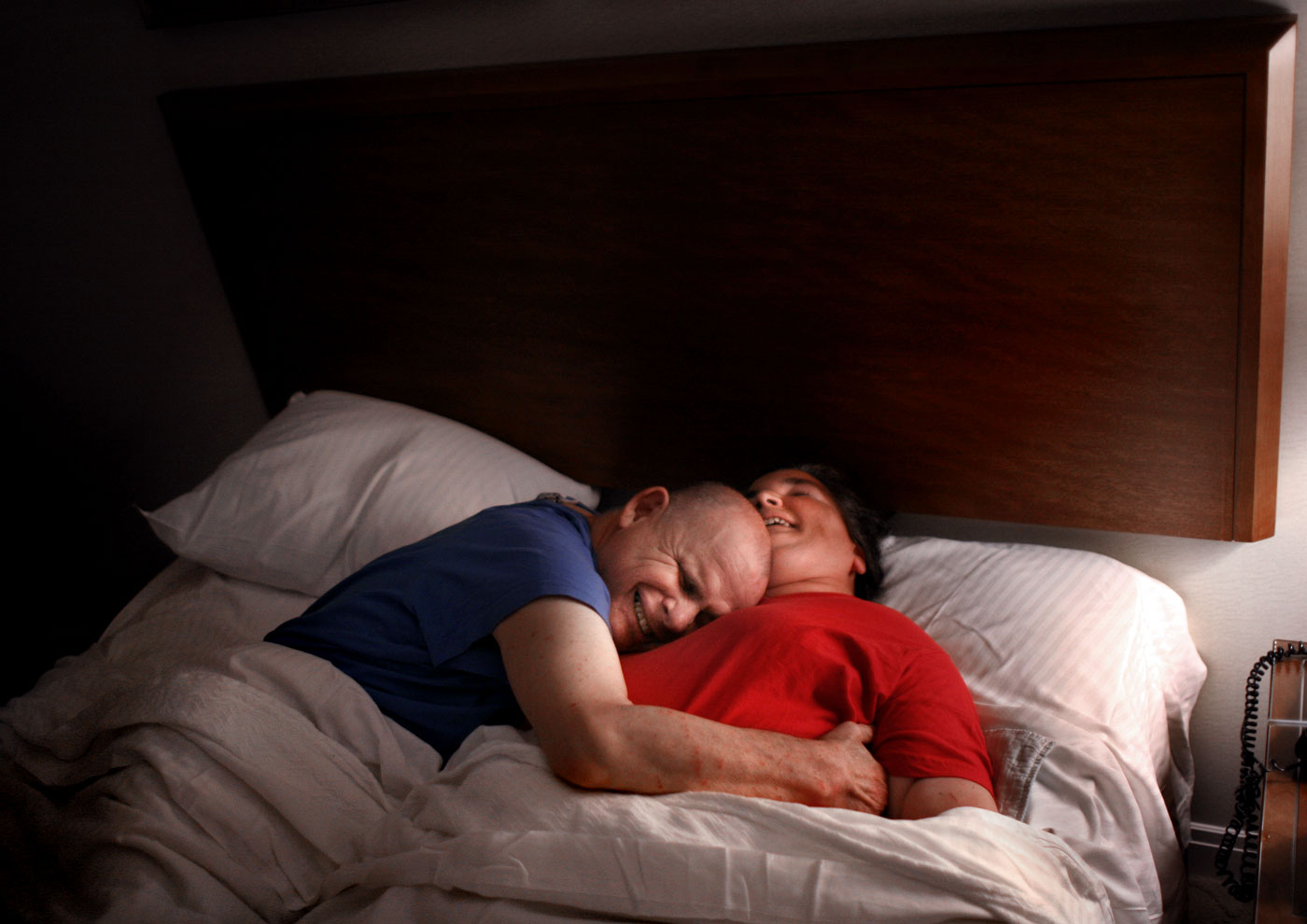 Tom and Theresa cuddle as they share a bed for the first time on their honeymoon night at Mohegan Sun. While they moved in with each other about two years ago, they chose to keep separate bedrooms until they wed, out of respect for their religious beliefs and each other. They lay in their honeymoon bed, whispering and playing footsies – sharing a physical contact they had never had before.  “It was a big night for both of us. It started the beginning of our relationship for real,’ says Theresa. “Having his arms around me for the first time, realizing that he never had to let go. He could stay there for the entire night. It was a miracle.”